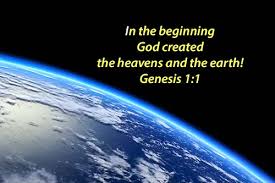 CREATION OF THE UNIVERSE

The first verse of the Bible gives us a satisfying and useful account of the origin of the earth and the heavens. The faith of humble Christians understands this better than the fancy of the most learned men.

From what we see of heaven and earth, we learn the power of the great Creator. And let our make and place as men, remind us of our duty as Christians, always to keep heaven in our eyes, and the earth under our feet.

The Son of God, one with the Father, was with Him when he made the world; Although, we are often told that the world was made by Him, and nothing was made without Him.

Oh, what high thoughts should there be in our minds, of that great God whom we worship, and of that great Mediator in whose name we pray! And here, at the beginning of the sacred volume, we read of that Divine Spirit, whose work upon the heart of man is so often mentioned in other parts of the Bible.

Observe, that at first there was nothing desirable to be seen, for the world was without form, and void; it was confusion, and emptiness.

In like manner the work of grace in the soul is a new creation: and in a graceless soul, one that is not born again, there is disorder, confusion, and every evil work: it is empty of all good, for it is without God; it is dark, it is darkness itself: this is our condition by nature, till Almighty grace works a change in us.

This is one of the most profound statements that has ever been made, and yet we find that it is a statement that is certainly challenged in this hour in which we are living. I think that this verse is all we have of the actual creation—with the exception, as we shall see, of the creation of man and animals later on in the Book of Genesis.

But this is the creation story, and I’ll admit that it is a very brief story, indeed.

[1] In the beginning God created the heaven and the earth.

[3] And God said, Let there be light: and there was light.

[4] And God saw the light, that it was good: and God divided the light from the darkness.

[5] And God called the light Day, and the darkness he called Night. And the evening and the morning were the first day.

[6] And God said, Let there be a firmament in the midst of the waters, and let it divide the waters from the waters.

[8] And God called the firmament Heaven. And the evening and the morning were the second day.

In the beginning God created the heaven and the earth.

CONSTRUCTION OF THE EARTH 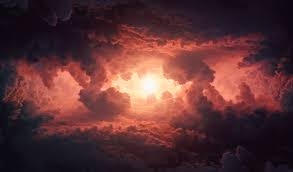 There are several things here that I would like to call to your attention. In Exodus 20:11, it reads “For in six days the LORD made heaven and earth, the sea, and all that in them is. . . .” There is nothing in that verse about creating.

It says “made”; God is taking that which is already formed and in these six days He is not “creating” but He is recreating. He is working with matter which already exists, out of the matter which He had called into existence probably billions of years before.

God created life and put it on the earth, and for the earth He created man. That is the creature we are interested in because you and I happen to be one of those creatures. This makes the Genesis record intensely important for us today.

God said, Let there be light; He willed it, and at once there was light. Oh, the power of the word of God! And in the new creation, the first thing that is wrought in the soul is light: the blessed Spirit works upon the will and affections by enlightening the understanding.

Those who by sin were darkness, by grace become light in the Lord. Darkness would have been always upon fallen man, if the Son of God had not come and given us understanding. The light which God willed, He approved of.

God divided the light from the darkness; for what fellowship has light with darkness?

In heaven there is perfect light, and no darkness at all; in hell, utter darkness, and no gleam of light.

The day and the night are the Lord’s; let us use both to His honor, by working for Him every day, and resting in Him every night, meditating in His law both day and night.

And God said, Let there be light: and there was light.

And God saw the light, that it was good: and God divided the light from the darkness.

And God called the light Day, and the darkness he called Night. And the evening and the morning were the first day.

The word “day” is used in Scripture in four ways:

(4) a longer period of time, during which certain revealed purposes of God are to be accomplished.

The use of “evening” and ”morning” may be held to limit “day” to the solar day; but the frequent parabolic use of natural phenomena may warrant the conclusion that it simply means that each creative day was a period of time marked off by a beginning and ending. In any event the sun did not become a measure of time be fore the fourth day, as seen in vv. 14-18.

THE CONCEPT OF TIME 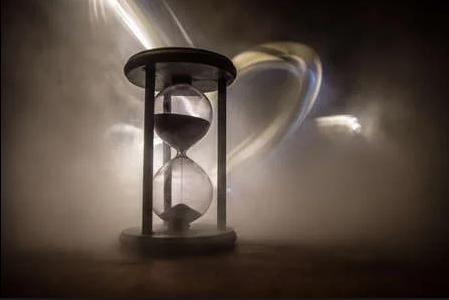 The Natural Day was from sunrise to sunset.

The Natural Night was from sunset to sunrise.

The Civil Day was, at least in later times in Israel, from sunset one evening to sunset the next: for ”the evening and the morning were the first day.”

Evening or cool of the day: after 6 P.M.

The earth was emptiness, but by a word spoken, it became full of God’s riches, and His they are still. Though the use of them is allowed to man, they are from God, and to His service and honor they must be used.

The earth, at His command, brings forth grass, herbs, and fruits. God must have the glory of all the benefit we receive from the produce of the earth.

If we have, through grace, an interest in Him who is the Fountain, we may rejoice in Him when the streams of temporal mercies are dried up.

What does that mean?

And God said, Let there be a firmament in the midst of the waters, and let it divide the waters from the waters.

And God called the firmament Heaven. And the evening and the morning were the second day.