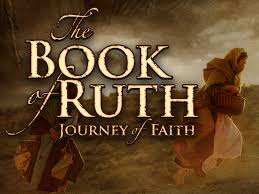 The struggles of one Jewish widow and her daughter-in-law

By an unknown author

The period of the Judges, after Israel’s wandering in the desert and before the founding of the monarchy, is a time of anarchy. Israel’s twelve tribes are divided, sometimes warring among themselves (as against the tribe of Benjamin) and sometimes banding together to fight other nations (as against Moab).

Only one generation after Israel’s last conflict with Moab, described in Judges 3, an Israelite couple living in Moab marries their sons to two Moabite women, one of whom is Ruth. Their willingness to invite a foreign woman into their home results in her conversion to the Israelite religion and lays the foundation for a complete picture of loving-kindness in the Bible.

Within the introduction Book Ruth itself, Ruth and Boaz allow their love for each other to prevail both within and despite the customs of the day—Ruth following her mother-in-law back to Israel and Boaz ignoring harvest protocol to help this lovely woman, while also serving as a kinsman-redeemer—which results in a covenant marriage together.

Within the story of God’s love for humanity, captured in the Bible as a whole, Ruth is matriarch of a family that God uses to change the world. Her great-grandson, King David, will unite all the tribes of Israel as one nation under God. Her descendant, Jesus, will sacrifice Himself to save humanity.

Author And Date Of This Story

In spite of its beautiful composition and well-developed narrative, the story Book Ruth, and it’s literary origins are mysterious. Traditionally accredited to the judge and prophet Samuel in the 11th century B.C., the actual author and date of this story are unknown.

Some suggest it was written in Israel during the monarchy, based on its understanding of the laws, between the 10th and 7th centuries B.C.; others believe it was composed after 586 B.C. during the exile, based on its international characters and its occasional use of Aramaic phrases.

Just as elusive is the compiler of the story, who was probably male but whose dedication to female lead characters reveals the women who helped him shape this story.

When God gives His law to the Israelites, He establishes a culture of generosity. Knowing there will be people such as widows, orphans, and resident aliens who will be too poor to farm for themselves, He set limits on how much each farmer should harvest from his own land.

In Leviticus 19:9–10, farmers are told not to harvest the corners of their property or return to already-harvested rows to pick up any grain that may have been left.

The remaining grain in the field is called gleanings, and those are left for the poor. In a similar law, Deuteronomy 24:19–22 explains that God does this to remind His people that once they were all poor and resident aliens themselves in Egypt.

The gleaners face hard labor every day, so Ruth isn’t expecting the kindness Boaz shows her.

The Hebrew euphemism “to uncover the feet” is a sexual expression; but in this context, and in light of the honorable character of Boaz and Ruth, it is clear that she is simply making herself available for marriage.

If ever a landowner needs to lease out his land for money, then his closest relative, called the “kinsman-redeemer,” is supposed to buy the land back for his relative. The same is true if a man has to sell his family members into indentured servitude — the kinsman-redeemer is to buy back the slave.

This system reflects God’s relationship with Israel; God continually saves His people from subservience to other nations. Since both Naomi and Ruth are widows without male sons, they are left in poverty. Naomi will have to lease out her husband’s land to support them, and she may eventually have to sell herself and Ruth just to stay fed.

By redeeming Elimelech’s land, marrying Ruth, and eventually giving her a son, Boaz keeps the family intact as it would have been had Elimelech or either of his sons survived.