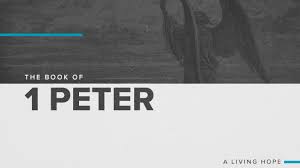 Instruction to the church scattered

From Peter, the apostle to Jewish Christians

This letter is written by Peter, a fisherman from Galilee who became one of the most prominent leaders of the early church. Though his name is Simon, Jesus gave him the nickname “Peter,” which means “rock.” Jesus said Peter would be the rock or foundation the church would be built on.

Although Peter knows he is a key leader in the movement, he is humble enough to understand that Jesus is actually the cornerstone, the One who holds the church together. That’s why the image of a temple, crafted from stone, touches Peter so deeply.

As the “rock,” Peter urges his listeners to come to Jesus, the cornerstone, and join Him in building a new temple and forming a new priesthood where spiritual sacrifices are offered to God.

Peter addresses Christians scattered throughout Asia Minor (modern Turkey). Whether he knows these churches personally, it is impossible to determine. But as one of Jesus’ original disciples, a member of “the twelve,” his stature and reputation are such that he can gain a hearing as the churches gather.

He says they are “living as aliens” because he knows they are having a difficult time relating to the pagan world around them. Like strangers on a journey in a culture and land not their own, these early Christians feel out of step with everyone else. In times of persecution, these Christians come to identify themselves as aliens and sojourners even among their own people.

Imitate the One who calls

Writing this letter to encourage believers who were going through intense persecution, Peter shares the lessons he learned from his own oppression. Peter writes this letter “from Babylon,” probably a cryptic designation for Rome, the imperial capital where the fires of persecution burn the hottest. According to him, followers of Jesus should not be surprised by the fiery ordeals that come their way.

In fact, when they experience social ostracism, imprisonment, torture, and even death, they are participating in the ongoing sufferings of Jesus. So Peter calls them to entrust themselves to God and to have courage in the face of persecution.

Suffering that lacks meaning or purpose is suffering without hope, so Peter tries to infuse them with hope by reminding them of who they are and urging them to imitate the One who calls them.

The word “submission” evokes concerns about sexism, racism, and dehumanization. Unfortunately there have been good reasons to draw such conclusions. The true purpose of biblical submission, however, is not to sanction any type of inequality but to honor Jesus even in the most difficult circumstances.

Offering an attitude of humility toward those who are undeserving of it mirrors the unmerited favor God graciously gives to us. When submission is modeled evenly by all believers — male and female, young and old — it is no longer enslaving, but liberating.

Peter urges us always to be ready to give a reason for the hope that lives within us. But it is important that it be done not with arrogance and contempt, but with gentleness and love — the same virtues that should guide our responses to any hostile challenge. This is one way we can glorify Jesus as King over all our lives — by exalting Him with both our emotions and our intellect.

The reality of suffering in the world causes many to question the existence of an all-powerful and all-loving God. A God of power and love is expected to be both able and willing to remove suffering from our lives.

Ultimately, God will make all things new and end suffering, but for now God allows it and calls us to rejoice in the midst of it. Though we may not understand it, pain and suffering have a purpose in God’s plan, and our Creator is not immune to it. Through Jesus God enters into our suffering; now we are called to enter into His.

Humility is rarely a virtue that our culture values. We’re trained from an early age to show our strengths and hide our weaknesses. This type of thinking also spills over into our models of leadership, as we learn to dictate to others how they should perform. Peter, however, says that we should be humble in our relationships with one another and not lead as dictators.

In fact, this humility before one another and God is actually the position of the greatest strength. Our enemy desires to consume us, but we find strength to resist him when we are dependent upon God for His strength.