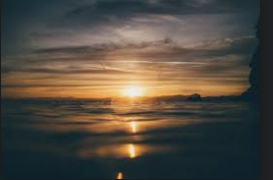 A great principle of revelation occurs for the first time in this chapter, but it will be found again and again in the Word of God. It is one of the fingerprints of inspiration. It is the law of recurrence or the law of recapitulation.

In other words, the Spirit of God, in giving the Word of God, has a practice of stating briefly a series of great facts and truths; then He will come back and take out of the series that which is all–important, and He will elucidate and enlarge upon that particular thing.

He is going to do this now in chapter 2 with the six days of creation which were given in chapter 1. This same principle is seen in the Book of Deuteronomy.

Deuteronomy is the interpretation of the Law after forty years of experience with it in the wilderness.

Deuteronomy is not just a repetition of the Law, but rather an interpretation of it. Likewise, we are given not only one but four Gospels. Again and again, this procedure is followed throughout the Word of God.

In chapter 2 that which is lifted out of the six days of creation is that which pertains to man, and we begin with the Sabbath Day.

[1] Thus the heavens and the earth were finished, and all the host of them.

[3] And God blessed the seventh day, and sanctified it: because that in it he had rested from all his work which God created and made.

Thus the heavens and the Earth were finished, and all the host of them.

And God blessed the seventh day, and sanctified it: because that in it He had rested from all His Work which God created and made.

Blessed and sanctified the seventh day —A peculiar distinction put upon it above the other six days, and showing it was devoted to sacred purposes.

The institution of the Sabbath is as old as creation, giving rise to that weekly division of time which prevailed in the earliest ages.

It is a wise and beneficent law, affording that regular interval of rest which the physical nature of man and the animals employed in his service requires, and the neglect of which brings both to premature decay.

Moreover, it secures an appointed season for religious worship, and if it was necessary in a state of primeval innocence, how much more so now, when mankind has a strong tendency to forget God and His claims?

Thus Paul can write: “Therefore being justified by faith, we have peace with God through our Lord Jesus Christ” (Rom. 5:1).

I do not even have to lift my little finger in order to be saved—Jesus did it all.