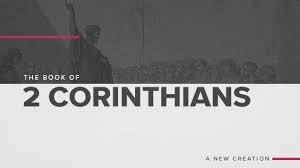 Letter to the church in Corinth

After Paul wrote 1 Corinthians, he heard from Timothy that the situation between him and the church he loved was deteriorating. Apparently in Paul’s absence, a number of false teachers had instructed the church and claimed that Paul was not a true emissary of Jesus.

They criticized his message and his methods; they charged that he was inferior to the real emissaries. So Paul made a hasty trip across the Aegean from Ephesus—where he was working—in hopes of repairing the rift between them. But the visit backfired. Instead of making things better, it made things worse.

He returned to Ephesus from the “agonizing visit,” as he later characterized it, and wrote a letter “covered with tears.” This time Paul dispatched Titus with the letter. Perhaps he could intervene before a permanent break resulted.

Staying with the True Gospel

When Titus caught up with Paul in Macedonia, he had good news and bad news. The good news was that a majority of believers in Corinth were back with Paul. The tearful letter—now lost—and Titus’s vigilant efforts apparently worked.

The bad news was that there was a minority of believers and influential leaders who were still unconvinced. So Paul wrote the letter we now call 2 Corinthians to congratulate the majority and to confront the minority, urging both to stay with the true gospel, and to pave the way for a peaceful, positive visit.

Collection for the Jerusalem Church

More than any letter Paul wrote, 2 Corinthians offers insight into his work as Jesus’ emissary. As he responds to the accusations of his opponents, he articulates clearly his understanding of the good news and his call as one divinely commissioned to carry the good news to both Jews and outsiders.

In response to their negative appraisals of Paul’s ministry, he challenges them to recognize that faithful ministry entails suffering for others as an embodiment of Jesus’ death. It’s clear he is embarrassed by the way he has to defend himself at times; still he refuses to sit idly by as his work and the church are in jeopardy.

At the heart of the letter is an appeal for the Corinthians to join in the collection for the Jerusalem church. The initiative has a dual purpose.

Paul understands well the heart of his Lord, and he does everything he possibly can to promote peace and unity among all the churches.

Some believe that prosperity and comfort are the markers of a faithful Christian; in order to believe that, you have to ignore completely the life and writings of Paul, the emissary. It is only when you suffer that you can meet God as your comforter. In these letters, and often in our own lives, it is when we seem to have come to the end of ourselves that we see and experience the fullness of God in entirely new ways.

This is not to say that any of us should or would seek out the kind of suffering Paul experienced; we do not long to be imprisoned, beaten, shipwrecked, or hunted by authorities. But when our dark days come, we should be ready to learn, grow, and experience the fullness of God in the midst of our troubles.

Interpersonal relationships are often filled with disagreements and tensions. It’s common to hear someone long for the “good old days” of the New Testament when things were simpler and people were holier. But Paul’s ministry proves the first-century churches were no different.

They were just as full of fights, tensions, and power plays as modern churches are. We should seek to be loving but also firm when the situation demands it. We should be quick to offer forgiveness to and seek reconciliation with those who turn back from their divisive actions. That’s what Paul did.

Apparently Paul is responding to repeated questions from the church in Corinth requiring him to justify his actions and explain his words. But instead of addressing each separately, Paul suggests a new course of action: let my record be based on the fruit in your lives.

The Corinthians had experienced the promised effects of the new covenant — transformed hearts through the Spirit — as prophesied by Jeremiah ( 31) and Ezekiel ( 36–37 ). If the Corinthians agree the Spirit is working in them, then they have to agree that Paul’s ministry to them is productive. How do we stand up to the same test? If our lives were judged based on the fruit of the seeds we have planted and nurtured in the lives of others, would we be proud or mortified?

Drawing from Exodus 32–34, Paul uses Moses as a model of one who has been transformed by God’s glory, but in a limited way. Moses encountered God (the Lord) through the Spirit on that mountain, but the Spirit now — as a fulfillment of the new covenant — dwells in the hearts of believers and continually transforms them.

This transformation is based on a new way of understanding God’s revelation: Jesus Himself, the One who reveals God’s glory, is the very image of God. Through this Spirit-enabled encounter, believers experience a new way of living and therefore come to resemble the Anointed One as they reflect His glory.

In chapter 3, Paul explains how the Spirit transforms believers so they are conformed to the image of Jesus. He now clarifies that this change means believers embody Jesus’ death through suffering and participate in His present, risen life.

This life is ultimately experienced through the resurrection of the body in the future, but it also consists of an inward renewal in the midst of the challenges and troubles of daily existence. Our hope is, therefore, not a release from our bodies but a resurrection of our bodies so that the life inside us now will show outside as well. While we still suffer, this hope of bodily resurrection is a matter of faith.

These simple verses capture the heart of the good news. Lowering Himself, the sinless Jesus took our sin upon Himself and canceled its power through His death and resurrection. As believers are united with Him, they are raised up with Him and embody God’s righteousness, experiencing forgiveness, reconciliation, and new life. This righteousness is a new creation gift that can never be separated from the Giver, and so believers only experience it because they are “in Him.”

The most important partnership in life is marriage. There are other kinds of union, but the union of husband and wife transcends any other. God created sexual intimacy as a unique gift to marriage. Its purpose goes beyond pleasure and procreation. As a man and a woman join their bodies together, the Spirit does a unique work of binding these two individuals as one person.

But the involvement of the Spirit is not possible when a believer is intimate with a nonbeliever. They are not filled with the same Spirit and cannot experience the fullness God intends. Paul’s instructions are practical, simple, and clear.

Jesus said blessings come out of mourning ( Matthew 5:4 ). The very thought is ridiculous to some; but from Paul’s perspective, God uses weaknesses and is present in pain. This truth is revolutionary. In the midst of suffering, the mourner abandons pretense and self-consciousness. There we meet God and one another in honest ways that open the doors to redemption when we are willing.

God chose a people for Himself — a people that make up a body, bound together in a covenant. The forces of this world seek to divide and isolate, but God seeks to unite and reconcile. We must all learn to serve one another and hold our self-interests in abeyance to find a greater good in community.

The believers in Corinth were struggling to find unity and harmony in their local church. Some were living selfishly by eating all the food at their common meals or emphasizing issues that create division in the community. For Paul it was not enough that they learn to live well with one another, although that was important.

They had to know they were part of a larger body — they belonged to the churches in Jerusalem, Ephesus, Philippi, and the new frontier of Christianity. We are also part of a global church. What would happen if the church would begin to live this simple truth and generously share all it has with our brothers and sisters across the globe?

Giving away money is one of the hardest things believers do, especially when there are bills to pay and more expenses than income.

However, helping others with their physical needs and not only their spiritual needs is a fundamental principle of Christian spirituality.

Perhaps it would be easier to give our financial resources if we could turn away from our own continual consumption and live simpler lifestyles. Then there would be not only the willingness but also the ability to share God’s blessings with others.

Sincerity is a difficult thing to judge. The commitment that people have to a cause can only be determined over time. One test might be: do they persevere through hardships and challenges? In this regard, Paul is without equal. If the cause of Jesus were a fleeting interest or a halfhearted pursuit, then he would have given up after his first beating. But Paul’s compassion for those who did not know the beauty of the gospel was stubborn and unyielding. This persecutor-turned-emissary always had his critics.

But who could call him insincere?

Paul is speaking of himself in verses 2-5 in an odd, third-person way. He writes cryptically for a purpose: to distract from the fact that, at least for the moment, he is boasting of something other than weakness. In heavenly journeys, Paul has seen amazing sights and heard amazing sounds — sights and sounds no human can or should ever speak of.

But God adds something to keep Paul from being carried away by such ecstasies: He gives His emissary “a thorn in the flesh.” Perhaps it is a chronic physical or emotional illness he suffers. Perhaps it is the steady stream of opponents who follow Paul wherever he goes. In God’s wisdom, Paul doesn’t say because his listeners would likely fixate on whatever problem he has in unhealthy ways.

That’s what humans do. Still Paul believes that God sent this unwelcome messenger, so he pleads with God three times to remove it. Why just three times? Why doesn’t he bombard heaven daily with his pleas? Well, it may be because he knows Jesus prayed three times in the garden for the cup of suffering to be removed. Ultimately Jesus surrendered to the will of the Father, and Paul does too: “Grace is enough, Paul. Grace is enough.”

Weakness looks like failure in the eyes of the world, but for Paul weakness is an avenue to share in Jesus’ death and, therefore, in His life as well. The challenge is to remain faithful even in the difficult times, even when there is no one left to provide support.

It is in these times that God’s power and comfort are most evident. This call to embrace weakness and suffering is difficult. It is normal to run from pain. But the examples of Jesus in the Gospels, of Paul in his letters, and of David in the psalms are of finding God’s strength in times of weakness.