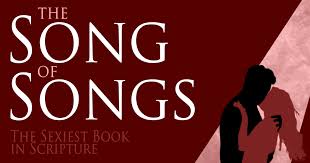 Song of Solomon (Song of Songs)

A love song about the Shulammite and her lover

For Solomon, king of Israel

Known by various names, the book called “Song of Songs” or “Song of Solomon” belongs to a category of Near Eastern poetry that celebrates the goodness and beauty of human love.

According to tradition, King Solomon is the author of this most sublime song of all, because of the editorial superscription “to Solomon” at the very beginning of the book and because his name is mentioned throughout the song.

However, the Hebrew doesn’t necessarily mean the song “belongs to” or was written “by” Solomon.

About Or For Solomon

The superscription is just as easily translated “about” or “for” Solomon, meaning he is the subject or audience of the book, not necessarily its author.

Because the grammar and dialect used in the poetry cannot be positively identified with the 10th century B.C. when Solomon would have been writing, the exact meaning of the superscription is uncertain.

The poetry has similarities to grammatical constructions used in other books as early as the Song of Deborah (which many consider the oldest poetry in the Bible, dating to the 12th century B.C.) and Persian loan words which could have crept into the Hebrew vernacular only after the exile as late as the 5th or 4th centuries B.C.

Therefore, scholars have suggested dating schemes that range widely, though most situate it after the exile.

Love Between A Man And Woman

This song of love may be read on two levels.

Read literally, it describes the natural and satisfying love between a man and woman. The primary characters are an unknown man and a Shulammite woman who move from courtship to consummation through the song; their relationship is witnessed and encouraged by a chorus of young women from Jerusalem.

Love Expressed Between God and Israel

Some rabbis apparently found a literal reading of this poem a bit disturbing, and so they developed a more symbolic interpretation.

While the prophets use the imagery to condemn the people Israel for their adulterous infidelity, the Song’s image assumes that God and Israel share an intimate relationship.

Christians, too, read this love poem symbolically, in light of Christ’s love for the church and the mystical longing of the soul for union with God.

Song of Songs, which is a “book” of the Bible, actually has more in common with Handel’s Messiah or Puccini’s Tosca than any prose work of the Old Testament — it’s a libretto, a record of the words sung in a musical or opera.

While this song is certainly the longest libretto in the Bible, it is not the only one. The Book of Psalms is replete with them; and they often open with directions for musical instruments such as in Psalm 4, which begins, “For the worship leader. A song of David accompanied by strings.”

Even without the musical score, it is possible to imagine these actors breathing life into the libretto on a great stage.

This libretto is full of imagery. Two of the most common images are that of the gazelle and the lotus blossom (translated here as “lily”), both frequently used in many ancient Near Eastern cultures.

The gazelle is a species of antelope whose males have long horns. Both males and females move with grace and strength as they cross flat savannahs or climb steep cliffs. It is because of these traits that the gazelle is equated with sexuality, youth, and stamina.

The Israelites used it in poetry to represent the youthful joys of love and sexual vigor, while many Near Eastern pagan religions used it in images honoring fertility goddesses.

The lotus is a type of lily found in watery regions. Because of its shape, which resembles the womb, and its fragrance, which is alluring, the lotus became the flower of choice for lovers across the Near East.

In Israel it was featured in poetry and even dominated the capitals of the columns supporting Solomon’s temple; in Egyptian and Phoenician cultures, it represented the gods themselves.

With just one word, “gazelle” or “lotus,” this poet conveys a bevy of ideas about love, youth, strength, and passion.

What does he mean by “my sister, my bride”? Is this a sudden revelation of an incestuous relationship? No. He is describing how sexual expression can bring two people intimately together, as close as two people can be; the man and woman are now family.

This image would have been particularly meaningful in ancient Israelite society, where life was centered on familial relationships and calling someone “brother” or “sister” was a sign of deep intimacy and care.

Blood relatives lived together, worked together, traded with each other, and were buried together. By calling the woman “sister,” he is declaring they are now blood relatives. In the covenant relationship called marriage, blood is drawn during consummation, bonding the two parties together as man and wife, as brother and sister, forever.

Why would she break the parallel language and say that he “has desire” for her instead of saying he “belongs” to her as she does to him? Certainly he does belong to her, now that they are intimately bound in covenant. Her words may be said in light of Genesis 3:16, the passage where God outlines humanity’s punishment for their first sin.

There it is narrated that Eve is to have desire for her husband who will rule over her. What the woman has said here is the exact opposite of the post-sin marriage structure: it is the man who desires the woman.

Therefore, the depiction of the marriage relationship in Song of Songs gives a glimpse of what marriage might have looked like prior to the first sin in Eden. God designed the relationship between husband and wife to be one of love, passion, and pleasure.

This should be the ideal all couples strive for in their marriages as they work together to avoid sin in their lives.

Three times in this most beautiful song ( 2:7; 3:5; 8:4 ), the female lover encourages her friends not to stoke the fires of passion until the proper time. This is wise instruction because unbridled passion can be very satisfying or quite destructive.

The woman is presumably reminding the royal harem of this proverb to hold off on sexual intimacy. The “young women of Jerusalem” is probably a reference to the concubines of the king and how they, like most women, want to experience true and lasting intimacy.

The difficulty is that these women may only know one night with the king and have their dreams of deep relationship go unrequited.