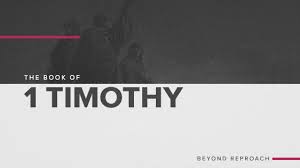 In the first three decades after Jesus launched the Christian movement, no one was more influential than Paul, the former Jewish zealot. Many of the early churches were begun through his ministry or were strengthened by the teaching of the emissaries, by Paul or his associates.

Because misunderstandings and false teachings were enormous problems in those early years of the church, Paul traveled throughout the eastern Mediterranean basin bringing authoritative teaching, church order, and a strong apologetic to control heresy and divisive elements.

Paul mentored a select group of apprentices as they traveled together. Those dedicated co workers included Barnabas, Silas, Luke, John Mark, and Apollos. Although many others are also mentioned in his letters, possibly those closest to him were two young men he called his sons: Timothy and Titus.

Several of Paul’s letters have survived, most of which are addressed to groups of believers at various locations. Four of his letters are addressed to individuals: Philemon, 1 and 2 Timothy, and Titus. While each letter is uniquely personal, it’s clear that Paul intends that these letters be read in the churches.

In this first letter to Timothy, there is conversational warmth that is not found in the church letters Paul wrote. When Paul moved into Macedonia, he had Timothy remain behind in Ephesus for the purpose of confronting false teaching and bringing order to this influential church through qualified elders and deacons.

Timothy is encouraged, despite his young age, to handle difficult problems with authority and maturity. He is told to confront elders, to silence overbearing women, and to avoid activities that will call into question his position and standing in the church.

In some ways, Timothy is being thrown into the fire; but he is gifted, called, and well equipped. He will make mistakes; but God is with him, and his spiritual father, Paul, shows great confidence in his young son.

It has become traditional to refer to 1 Timothy, 2 Timothy, and Titus as the Pastoral Epistles because they share a number of common features and themes Paul considered useful to those who lead churches.

It is fair to say that Paul never got over the fact that he violently persecuted the church. Even though his rampage against the first followers of Jesus had ended over 20 years earlier, he still grieved because of what he had done.

But when Paul was older, he was moved to celebration and praise because God’s mercy is always greater than sin. The Lord Jesus called Paul in the midst of his campaign against Him so that he became a public display of Jesus’ patient love. So, if we think somehow we are too far from God’s mercy, then we should think again.

People are more concerned about their outward appearance than their inner beauty. Paul wants women to pursue the right kind of beauty, the beauty of an inner life fashioned after godliness. That includes proper respect for their husbands, a willingness to learn the truth, and — unlike Eve — avoiding enticing claims.

Paul then turns to childbirth. Childbirth is a particularly precarious time in the life of a woman; in that day, many women died trying to deliver their babies.

While Paul is not promising lack of pain or assurance of safety in childbirth, he is speaking of God’s faithfulness and spiritual rewards to those women who live in faith, love, and holiness, supporting the family and the church in which God places them.

If the church lacks qualified, positive leaders, then it will not succeed in its mission. Paul never provides a job description for “overseers” and “deacons.” What he does offer is a list of character traits or qualifications that challenge even the most outstanding disciple.

Essentially they are servant-leaders of the church. They give themselves to the church’s well-being by teaching the truth, living a life in imitation of Jesus, and defending the church from false teaching.

Paul knows firsthand how important it is to discover, train, and empower capable leaders. Everywhere he goes, he invests a lot of himself in coworkers like Timothy. Now it is Timothy’s turn to train the next generation.

Family members have a duty before God to support their relatives. But when a widow has no family to support her, the church must step in to be her surrogate family. Paul, of course, is thinking of those widows who have served faithfully in the ministry of the church.

The elderly are easily forgotten, especially those without caring families. The church is called to honor those who have been faithful servants by maintaining relationships with them and helping them when they are in need.