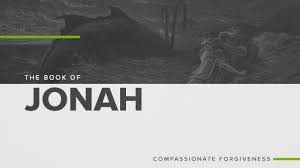 God extends His mercy to other nations

The story of Jonah, an unmerciful prophet

When reading the Book of Jonah, it is difficult to sympathize with this northern prophet.

He is nationalistic and xenophobic, and he just cannot be bothered to rub shoulders with unlovable people, especially the violent and oppressive Assyrians.

Because most people have felt as Jonah does at some point in their lives, this prophetic novella draws in its readers and makes them want Jonah—perhaps even secretly—to drown in the sea for his stubbornness and disrespect.

To be fair, Jonah does have a legitimate gripe against the very people God is commanding him to go and preach to.

For a long time, the Assyrians have aggressively built their empire on the backs of smaller nations such as Israel, which has been reduced to a vassal state.

The Assyrians appear to enjoy bullying conquered nations, deporting their chief citizens, breaking up families, laying waste to the land, and doing everything they can to erase their victims’ identities.

In 722 B.C., the Northern Kingdom of Israel will be decisively conquered by Assyria, so Jonah’s animosity toward the northern aggressor is understandable.

Regardless of Jonah’s personal judgment of Nineveh, it is consoling that the Eternal One has the last word: “Should I not have pity on that great city of Nineveh where there are more than 120,000 people who do not know their right hand from their left, and also many animals?” (4:11). This question drives the story line.

Fire From Heaven, Or Mercy

God will do whatever it takes to get Jonah to Nineveh with His message.

He’ll send a storm; He’ll even send a great fish to swallow His defiant prophet because God knows the people of Nineveh will turn to Him when judgment is proclaimed over their city.

But the story is not really about the men, women, and children (or even animals!) of Nineveh.

The story is about the unloving and ungracious prophet who prefers fire from heaven to mercy for his personal enemies.

It is difficult to read Jonah and not think about how we view ourselves and other people.

Do we want to keep God’s grace and mercy to ourselves—thinking perhaps we somehow deserve it—while secretly hoping others receive God’s unmitigated fury?

The Lord calls Jonah to Nineveh, but instead he runs full speed to Tarshish, a great and wealthy city on the coast of Spain.

Nineveh is a great city and the fiercest enemy of Jonah’s people, so Jonah is afraid and wants to be completely away from this calling and from anyone who may be inclined to go on this ill-fated adventure.