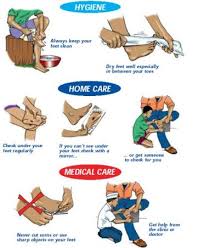 According to Wikipedia, Foot odor (foot odor or bromodosis) is a type of body odor that affects the feet of humans. It is sometimes considered to be an unpleasant smell, but can also be the target of foot fetishism, more specifically as a form of olfactophilia.

It is one of the most widespread forms of olfactophilia: In a 1994 study, 45% of those with a foot fetish were found to be aroused by smelly socks and/or feet, but most importantly by the intensity of the smell produced by such bacteria. 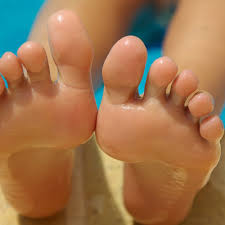 The main cause is foot sweat (also see focal hyperhidrosis). Sweat itself is odorless; however, it creates a beneficial environment for certain bacteria to grow, producing odorous substances. These bacteria are naturally present on our skin as part of the human flora. The front part of the foot produces the most sweat.

The smell is exacerbated by factors that increase sweating, such as wearing closed-toe shoes. Sports footwear such as sneakers is often heavily padded inside which provides a perfect environment to trap moisture and allow the bacteria to thrive. Socks can trap foot hair, especially on the toes, and may contribute to odor intensity by increasing surface area on which bacteria can thrive.

Given that socks directly contact the feet, their composition can affect foot odor. Synthetic materials like polyester and nylon afford less ventilation to the foot than do cotton or wool, leading to increased perspiration and odor, although they can also reduce incidence of blisters by wicking away perspiration. Many synthetic socks are treated with chemicals to help reduce odor. 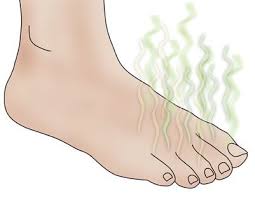 Brevibacteria are considered a major cause of foot odor because they ingest dead skin on the feet and, in the process, convert the amino acid methionine into methanethiol, a colorless gas with a distinctive sulfuric aroma. The dead skin that fuels this process is especially common on the sole and between the toes. Brevibacteria also give such cheeses as Limburger, Bel Paese, Port Salut, Pálpusztai and Munster their characteristic pungency.

Isovaleric acid (3-methyl butanoic acid), another other source of foot odor, is produced by Staphylococcus epidermidis, a bacterial species normally resident on human skin and present in several strong-smelling varieties of cheese.

Other implicated microorganisms include Micrococcaceae, Corynebacterium and Pityrosporum.

Bart Knols of Wageningen Agricultural University in the Netherlands received a 2006 “Ig Nobel Prize” for demonstrating that the female Anopheles gambiae mosquito, known for transmitting malaria, is “attracted equally to the smell of Limburger cheese and to the smell of human feet”. Fredros Okumu, of the Ifakara Health Institute in Tanzania, received grants in 2009 and 2011 to develop mosquito attractants and traps to combat malaria. He used a blend of eight chemicals four times more effective than actual human secretions. 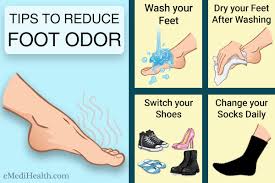