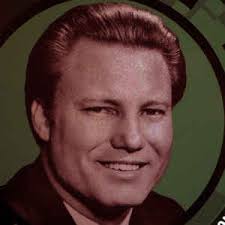 Swaggart’s TV ministry, which began in 1971, has a viewing audience both in the U.S. and internationally. The weekly Jimmy Swaggart Telecast and A Study in the Word programs are broadcast throughout the U.S. and on 78 channels in 104 other countries, and over the Internet. At its height in the 1980s, his telecast was transmitted to over 3,000 stations and cable systems each week. He currently owns and operates the SonLife Broadcasting Network.

Sexual scandals with prostitutes in the late 1980s and early 1990s led the Assemblies of God to defrock him. As a result of the scandals, Swaggart temporarily stepped down as the head of Jimmy Swaggart Ministries. 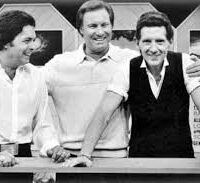 Jimmy Lee Swaggart was born on March 15, 1935, in Ferriday, Louisiana. By relation, he is the nephew of Arilla (née Swaggart) Wells (1916–2015), who was also the manager of Wells Grocery in Tunica, Louisiana. He is the cousin of rock’n’roll pioneer Jerry Lee Lewis and country music star Mickey Gilley. He also had a sister, Jeanette Ensminger (1942–1999). With his parents, Swaggart attended a small, 25-member Assemblies of God church in Ferriday. In 1952, aged 17, Swaggart married 15-year-old Frances Anderson whom he met in church while he was playing music with his father. They have a son named Donnie. Swaggart worked several part-time odd jobs to support his young family and also began singing Southern Gospel music at various churches. 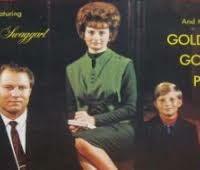 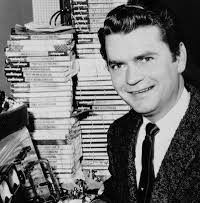 According to his autobiography, Swaggart, along with his wife and son, lived in poverty during the 1950s as he preached throughout rural Louisiana, struggling to survive on US$30 a week (equivalent to $270 in 2019). Being too poor to own a home, the Swaggarts lived in church basements, pastors’ homes, and small motels. Sun Records producer Sam Phillips wanted to start a gospel line of music for the label (perhaps to remain in competition with RCA Victor and Columbia, who also had gospel lines at the time) and wanted Swaggart for Sun as the label’s first gospel artist. Swaggart’s cousin Jerry Lee Lewis, who had previously signed with Sun, was reportedly making $20,000 per week at the time. Although the offer meant a promise for significant income for him and his family, Swaggart turned Phillips down, stating that he was called to preach the gospel. 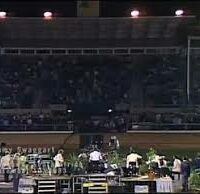 Preaching from a flatbed trailer donated to him, Swaggart began full-time evangelistic work in 1955. He began developing a revival-meeting following throughout the American South. In 1960, he began recording gospel music record albums and transmitting on Christian radio stations. In 1961, Swaggart was ordained by the Assemblies of God; a year later he began his radio ministry. In the late 1960s, Swaggart founded what was then a small church named the Family Worship Center in Baton Rouge, Louisiana; the church eventually became district-affiliated with the Assemblies of God. 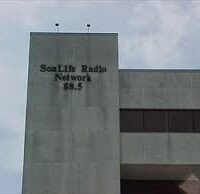 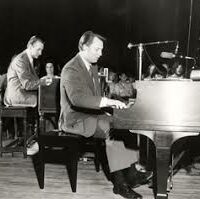 By 1975, Swaggart’s television ministry had expanded to more stations around the U.S., and he started using television as his primary preaching forum. In 1978 Swaggart’s weekly telecast was increased to an hour.

In 1980, Swaggart began a daily weekday telecast featuring Bible study and music, and the weekend, hour-long telecast included a service from either Family Worship Center (Swaggart’s church) or an on-location crusade in a major city. In the early 1980s Swaggart’s broadcasts expanded to major cities nationwide. By 1983, more than 250 television stations broadcast Swaggart’s telecast.

In 1988, Swaggart was implicated in a sex scandal involving a prostitute that resulted initially in his suspension, and ultimately defrocking, by the Assemblies of God. Three years later Swaggart was implicated in another scandal involving a prostitute. As a result, Swaggart’s ministry became non-affiliated, non-denominational and significantly smaller than it was in the ministry’s pre-scandal years. 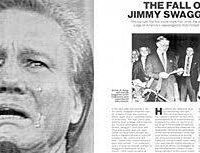 Swaggart’s exposure came as retaliation for an incident in 1986 in which he exposed fellow Assemblies of God minister Marvin Gorman, who had been accused of having several affairs. Once he was exposed, Gorman was defrocked from the Assemblies of God, and his ministry was all but ended. As a retaliatory move, Gorman hired his son Randy and son-in-law Garland Bilbo to stake out the Travel Inn on Airline Highway in Baton Rouge. A camera with a telephoto lens was placed in the window of the motel’s Room 12, and draped with a black cloth. When Swaggart arrived, he reportedly went into Room 7. Randy Gorman and Garland Bilbo let the air out of the tires on Swaggart’s vehicle. They called Marvin Gorman, whose church was located nearby. Randy Gorman and Garland Bilbo had taken photos of Swaggart outside Room 7 with Debra Murphree, a local prostitute. Gorman arrived at the Travel Inn a short while later and asked Swaggart what he was doing there. 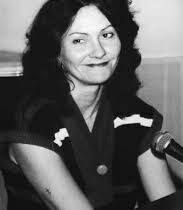 According to Swaggart: The Unauthorized Biography of an American Evangelist, by Ann Rowe Seaman, Gorman secured a promise from Swaggart that he would publicly apologize to Gorman and start the process of Gorman’s reinstatement to the Assemblies of God. Gorman offered to remain silent if Swaggart would state publicly that he lied about Gorman’s affairs. Gorman waited almost a year, then hand-delivered a note to Swaggart informing him his time was up; Swaggart did not respond. On February 16, 1988, Gorman contacted James Hamil, one of the 13-man Executive Presbytery of the Assemblies of God, who called G. Raymond Carlson, the Assemblies Superintendent. Carlson summoned Hamill and Gorman to fly to Assemblies of God headquarters in Springfield, Missouri, and arranged for an emergency meeting of the presbyters. He was shown photos of several men coming in and going out of Room 7 at the Travel Inn Motel in New Orleans. This was done to establish that the room was being used for prostitution. One of the men seen leaving Room 7 was Swaggart. The presbytery leadership of the Assemblies of God decided that Swaggart should be suspended from broadcasting his television program for three months. 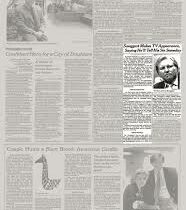 According to the Associated Press, Murphree, who claimed to have posed nude for Swaggart, failed a polygraph test administered by a New York City Police Department polygraph expert. The test administrator concluded that Murphree had failed to tell the truth on all key questions concerning her statement. The test was administered after Murphree offered to sell the story to the National Enquirer for $100,000. Paul Levy, senior editor for the Enquirer, stated that the polygraph examiner had concluded Murphree was not truthful on six key questions, including one in which she was reportedly asked if she had fabricated the story. Levy stated that the Enquirer decided not to print her story due to the test results, her drug use, and the fact that she had arrest warrants in three states. Murphree failed questions about whether she was paid or promised money to “set up” Swaggart, and whether she made up the story to make money from it. 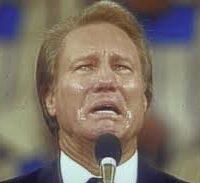 On February 21, 1988, without giving any details regarding his transgressions, Swaggart gave his now-infamous “I have sinned” speech. He spoke tearfully to his family, congregation, TV audience, and finally said “I have sinned against You, my Lord, and I would ask that Your Precious Blood would wash and cleanse every stain until it is in the seas of God’s forgetfulness, not to be remembered against me anymore.” 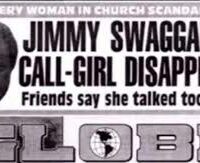 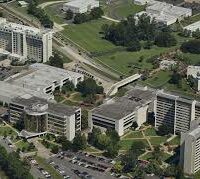 Swaggart then became an independent, non-denominational, Pentecostal minister, establishing Jimmy Swaggart Ministries, based in the Family Worship Center in Baton Rouge, Louisiana, and the Sonlife Broadcasting Network (SBN) can be seen in the United States, as well as in many other countries across the world. 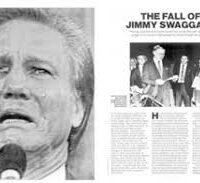 On October 11, 1991, Swaggart was found in the company of a prostitute for a second time. He was pulled over by a police officer in Indio, California, for driving on the wrong side of the road. With him in the vehicle was a woman named Rosemary Garcia. According to Garcia, Swaggart had stopped to proposition her on the side of the road. She later told reporters, “He asked me for sex. I mean, that’s why he stopped me. That’s what I do. I’m a prostitute.” This time, rather than confessing to his congregation, Swaggart told those at Family Worship Center, “The Lord told me it’s flat none of your business.” Swaggart’s son Donnie then announced to the stunned audience that his father would be temporarily stepping down as head of Jimmy Swaggart Ministries for “a time of healing and counseling.” 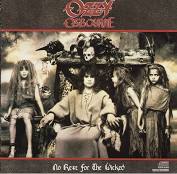 The scandals inspired the Ozzy Osbourne song “Miracle Man” on Osbourne’s 1988 album No Rest for the Wicked, and a reference in the Iron Maiden song “Holy Smoke”, a hit single outside the USA, from the 1990 album No Prayer for the Dying. It was also referenced in several recorded live performances by Frank Zappa with songs featuring rewritten lyrics referencing Swaggart. Jimmy Swaggart is also heard throughout the 1988 Front 242 song “Welcome to Paradise.” 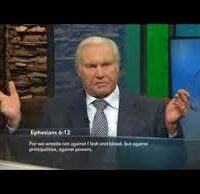 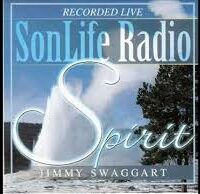 Swaggart started SonLife Radio on the noncommercial FM band. Unlike his previous stations, SonLife was commercial-free and it did not sell time to outside ministries; the preaching and teaching were all produced in-house. The music which it played was primarily Southern Gospel. SonLife Radio can be received in 79 U.S. states and it is also streamed on the Internet. Some controversy arose concerning the ministry raising money for stations that were never built. 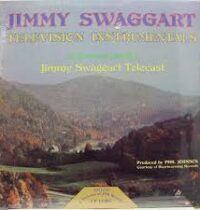 In 1973, Swaggart proposed to television producers in Nashville, Tennessee a television program including a fairly large music segment, a short sermon, and time for talking about current ministry projects, after two faltering attempts to tape the half-hour program in Baton Rouge and New Orleans. They accepted, and within weeks the Jimmy Swaggart Telecast was being broadcast around the United States.

In 1981, Swaggart launched a daily television program titled A Study in the Word. From the beginning, the primary cable channels which the program was aired on were CBN Cable (now Freeform), TBN, and the old PTL Network (now the Inspiration Network). 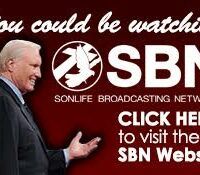 SBN is available in the U.S. through Free To Air (FTA) satellite television. It is also available in Australia and New Zealand.

SBN is also available 24 hours a day in the United Kingdom on SKY (Channel 593), Freesat (Channel 695) and Freeview (Channel 239). It is also shown on DSTV channel 345 for African viewers 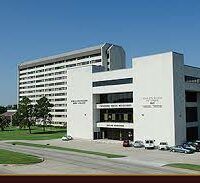 In autumn 1984, Swaggart opened Jimmy Swaggart Bible College (“JSBC”). The college originally provided education and communication degrees. It flourished during the 1980s, reaching an enrollment of 1,450 students in the fall of 1987.

JSBC enrollment dropped drastically in 1988 when students left as a result of Swaggart’s scandal with Debra Murphree, followed by accreditation issues. In 1988 the enrollment at the Bible college was projected to drop 72% that year but the school was planning to proceed with plans to open a theological seminary. Enrollment in August 1988 was projected to be about 400 students, compared to 1,451 students last year in 1987. The estimate was based on the number of students who had registered and the inquiries from potential students. In July 1988 the college dormitories were re-branded and listed as apartments. 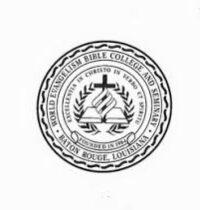 In 1991, JSBC was renamed to World Evangelism Bible College and enrollment dropped to 370 students. The college shut down programs in music, physical education, secretarial science, and communications that October and disbanded its basketball team.

As of fall 2019, JSBC offered the Associate of Arts and Bachelor of Arts degrees, both in Biblical Studies. The College is not accredited but it is currently seeking accreditation.

Swaggart has written about 50 Christian books offered through his ministry. He is the author of the Expositor’s Study Bible, 13 study guides and 38 commentaries on the Bible. The ministry also publishes a monthly magazine, The Evangelist. 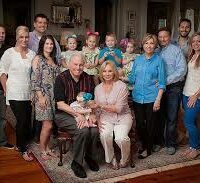 Since October 10, 1952, Swaggart has been married to Frances Swaggart (née Anderson) (born August 9, 1937). They have one son, Donnie (born October 18, 1954), named after Jimmy Swaggart’s brother who died in infancy. He has three grandchildren and eight great-grandchildren.

Donnie and his son Gabriel are also preachers, making three generations of the Swaggart family to have become involved in ministerial work.