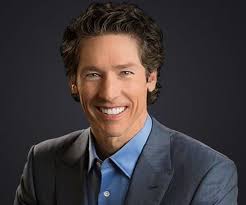 Joel Scott Osteen (born March 5, 1963) is an American pastor, televangelist, and author, based in Houston, Texas. As of 2018, Osteen’s televised sermons were seen by approximately 10 million viewers in the US and several million more in over 100 countries weekly. Osteen has also written several best-selling books.

His life growing up 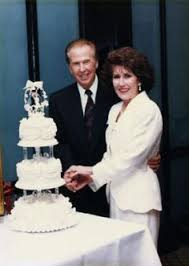 Osteen was born in Houston, Texas, and is one of six children of John Osteen and Dolores (“Dodie”) Pilgrim. His father, a former Southern Baptist pastor, founded Lakewood Church (of which Osteen is the current senior pastor) in the back of an old feed store. He graduated from Humble High School, a public high school in the city of Humble, Texas, in 1981 and studied at Oral Roberts University in Tulsa, Oklahoma, where he studied radio and television communications, but did not graduate; he did not receive a degree from a divinity school. In 1982, he returned to Houston, founded Lakewood’s television program, and produced his father’s televised sermons for 17 years until January 1999, when his father died unexpectedly from a heart attack. 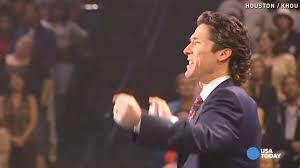 Osteen’s father encouraged him to preach for many years, but he declined, preferring to work behind the scenes until January 17, 1999, when he accepted his father’s suggestion and preached his first sermon. John Osteen died six days later of a heart attack. Two weeks after his father’s death, Osteen began preaching regularly and later that year was installed as the new senior pastor of Lakewood Church on October 3, 1999. As of 2014, Lakewood’s attendance had grown from 5,000 to 43,000. 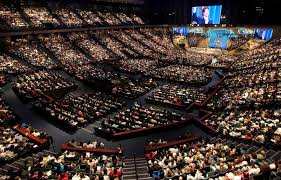 In 2003, Lakewood Church acquired the Compaq Center, former home of the NBA Houston Rockets and the AHL Houston Aeros. Renovations cost $105 million. The renovations took over 15 months to complete, and included the addition of five stories to add more capacity. Lakewood’s 2005 grand opening was attended by an estimated 56,000 people, including Texas Governor Rick Perry and Speaker of the House Nancy Pelosi. According to Osteen in 2008, Lakewood Church’s weekly service TV program was viewed in more than 100 countries. Lakewood Church estimates that 7 million viewers per week watch the services. 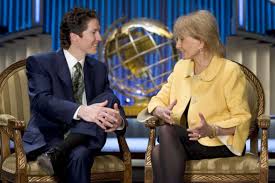 Osteen was included on Barbara Walters’s list of the 10 Most Fascinating People of 2006. Former presidential candidate John McCain described Osteen as his favorite inspirational author. The Osteen family attended Easter breakfast hosted by President Barack Obama at the White House in 2010.

Osteen’s sermon preparation involves memorizing his remarks and listening to himself on tape. Osteen says he chooses to focus more on the goodness of God and on living an obedient life rather than on sin. He says that he tries to teach Biblical principles in a simple way, emphasizing the power of love and a positive attitude. When asked why he does not focus more on sin, the devil and hell in detail, Osteen stated in an interview with CBN News:

“When I grew up, the devil was a reason why I had a headache or the devil was the reason I got mad today. We always blamed the devil. I think today when I say the enemy, I like to make it broader. Sometimes the enemy can be our own thoughts. We’ve trained ourselves the wrong way. Or the enemy can be our own lack of discipline. Some people preach about hell like you’re already going there, and to me the Gospel means ‘Good News.’ I’d rather say God is a God of mercy. So I think the people already know what they’re doing wrong, and I certainly believe in hell. But to me, when I see thousands of people before me, it just doesn’t come out of me to say, ‘You guys are terrible, and you’re going to hell.’ I’d rather say that God is a God of mercy. You’ve got to live an obedient life, but for every mistake you’ve made, there’s mercy there, and I believe we can do better.” 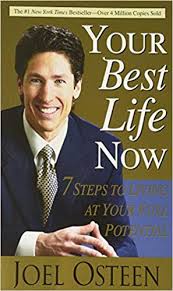 Osteen’s first book, Your Best Life Now: 7 Steps to Living at Your Full Potential, was released in October 2004, and reached the number 1 position on The New York Times Best Seller list.

He released his second book, titled Become a Better You: 7 Keys to Improving Your Life Every Day, in October 2007. It also topped The New York Times Best Seller list and had a first printing of three million copies. Osteen has said that the book focuses more on relationships and not getting stuck where we are in life. 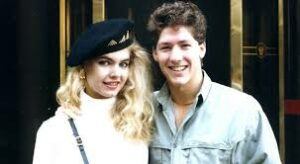 Osteen married Lakewood Church co-pastor Victoria Osteen (née Iloff) on April 4, 1987. They have a son and daughter. His older siblings, Paul, Lisa, and Tamara, and his younger sister, April, are also involved in full-time ministry. His half-brother Justin does missionary work and is based in New York.

Osteen’s net worth was variably reported to be $40 million and $60 million in 2017. He lives with his family in a 17,000 square-foot mansion in River Oaks, with an estimated value of $10.5 million. Osteen says that as senior pastor, he draws no salary from the church, which has an annual budget of $70 million, and that he instead relies on income from book sales. 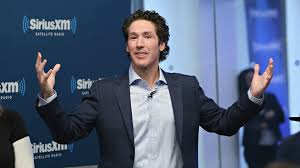 Osteen has generally avoided discussing or preaching about controversial issues such as gay marriage, abortion, and politics. He has stated he believes the church has a tendency to become overly focused on single issues (such as homosexuality) to the point of neglecting others. When asked if he thought God approves of homosexuality, Osteen said homosexuality is a sin according to his interpretation of Scripture, but said gay people are welcome in his church without judgment.

In an interview on Fox News in 2008 during the Republican Party Presidential primary race, when discussing whether he thought that Mormons were Christians, Osteen indicated that he believed that they were. He further revealed that he had not studied the religion. In an interview in 2011, Osteen stated his support for Israel.

The reward of material gain 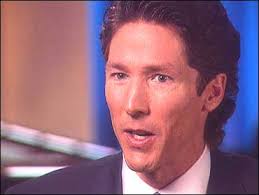 Osteen’s sermons and writings are sometimes criticized for promoting prosperity theology, or the prosperity gospel, a belief that the reward of material gain is the will of God for all pious Christians.

On October 14, 2007, 60 Minutes ran a twelve-minute segment on Osteen, titled “Joel Osteen Answers his Critics”, during which Reformed theologian Michael Horton told CBS News correspondent Byron Pitts that Osteen’s message is heresy. Horton stated that the problem with Osteen’s message is that it makes religion about us instead of about God. 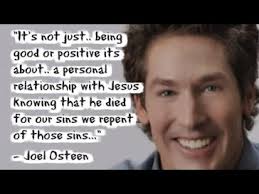 In an interview with The Christian Post on April 21, 2013, Osteen expressed his sentiments on being perceived as being part of the prosperity gospel. “I get grouped into the prosperity gospel and I never think it’s fair, but it’s just what it is. I think prosperity, and I’ve said it 1,000 times, it’s being healthy, it’s having great children, it’s having peace of mind. Money is part of it; and yes, I believe God wants us to excel … to be blessed so we can be a bigger blessing to others. I feel very rewarded. I wrote a book and sold millions of copies; and Victoria and I were able to help more people than we ever dreamed of. But when I hear the term prosperity gospel, I think people are sometimes saying, ‘Well, he’s just asking for money’.”

Osteen himself is estimated to have a net worth of over $50 million, with his church taking in $43 million a year in collections. 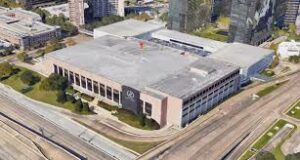 During the immediate aftermath of Hurricane Harvey in August 2017, Osteen received significant criticism for not making Lakewood Church, a 606,000-square-foot, 16,000-seat former sports arena, available as an emergency shelter for those displaced by the storm. August 27, posts from the church and a Lakewood Church associate pastor’s social media accounts stated that the church was “inaccessible due to severe flooding,” and associate pastor John Gray posting further, “If WE could get there WE WOULD OPEN THE DOORS.” Lakewood spokesperson, Don Iloff, later described floodwaters as one foot from spilling over the facility’s floodgate and surging into the building. He also stated that pictures supposedly showing Lakewood free of flooding were taken on Monday, after the flood waters had lowered. 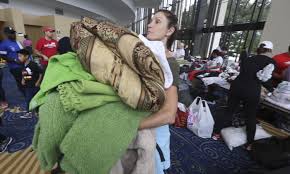 Osteen disputed the claim that flood waters closed the church, saying “the church has been open from the beginning,” and, “we’ve always been open … How this notion got started, that we’re not a shelter and we’re not taking people in is a false narrative.” This contradicted his earlier statement that the church would open when other refugee centers were full. On the evening of August 28, it was announced by Lakewood that it would open at noon the next day as an available shelter, opening to storm victims and emergency personnel on August 29. 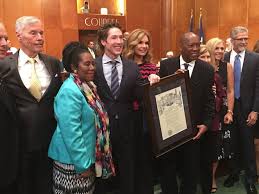 On August 15, 2018, less than a year after Harvey struck, the City of Houston and Mayor Sylvester Turner proclaimed a day in honor of Lakewood and Osteen’s assistance in rebuild efforts across the Houston area. It stated Lakewood and its pastors have provided “assistance to more than 1,150 Houston-area families whose homes were damaged or destroyed by floodwaters” and bought “1.1 million dollars in building materials, furniture, appliances, and paid labor, as well as through the contribution of more than 2,500 volunteers”.