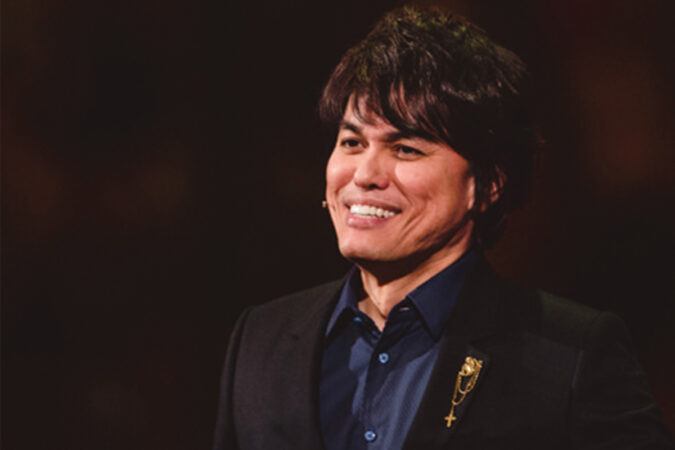 Joseph Prince (born 15 May 1963) is the evangelist and senior pastor of New Creation Church, or abbreviated as NCC, is a Christian megachurch in Singapore founded in 1984. It holds services at The Star Performing Arts Center. It is a non-denominational Christian church, and a member of the 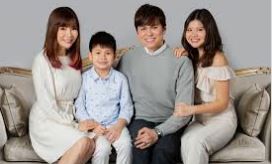 National Council of Churches of Singapore. It is not affiliated to any church overseas.

Joseph Prince is married to Wendy Prince. They have a daughter, Jessica Shayna Prince, and a son, Justin David Prince.

Taking a look back in time 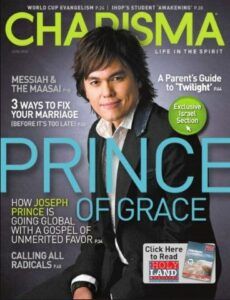 Joseph Prince, the son of a Sikh priest, who are people associated with Sikhism, a monotheistic religion that originated in the 15th century in the Punjab region of the Indian subcontinent, based on the revelation of Guru Nanak. He was born to a Chinese mother, and spent his primary school years in Perak, Malaysia. He studied at Commonwealth Secondary School and completed his A levels at a private school, Our Lady of Lourdes.

He adopted the name Joseph Prince while serving as an IT consultant, just before being appointed senior pastor in 1990.

Prince has preached at churches in Australia, Canada, Great Britain, Italy, Indonesia, the Netherlands, Norway, South Africa and the United States. He has also been featured in Charisma magazine. 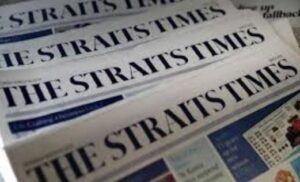 On 5 October 2008, in an interview with the Sunday Times, Prince, also the executive chairman of the church council, acknowledged that he was “well-paid” with his salary going up $50,000 a month.

On 30 March 2009, The Straits Times reported that the church had paid one employee between $500,001 and $550,000 in its last financial year. Under the recommendations of the Code of Governance for charities then, all charities and non-profit organisations in Singapore were encouraged to disclose the salary bands of their top executives to the Commissioner of Charities. While not confirming the identity of the employee, the church responded that its policy is to “recognize and reward key contributors to the church and Senior Pastor Prince is the main pillar of our church’s growth and revenue.” 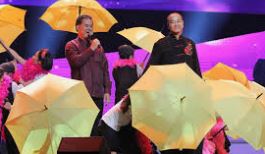 On 15 April 2009, Deacon Matthew Kang, the church chairman, responded that it was not a public charity and did not solicit public donations, asserting that “there is absolutely no compulsion to give whether in tithes or offerings, and any giving is done out of a willing heart”, and that “every giver is appreciated and it is taken in good faith that he believes in the elected leadership and will trust them to make good decisions for the particular church he has chosen to attend, whether as a member or a visitor.” 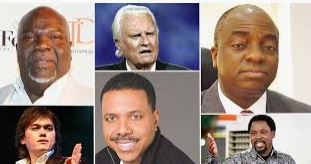 In October 2014, a list published by entertainment website richestlifestyle.com placed Prince as the 10th richest pastor in the world, with a reported net worth of $6.4 million (£3.13 million). New Creation Church denied the report, claiming that his actual net worth was “substantially lower” than the reported figure and that it regarded Prince’s net worth as “personal in nature”.

The history of New Creation Church 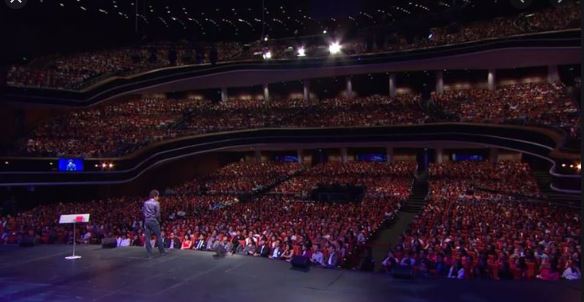 The church was founded by a small group including Joseph Prince, Henry Yeo, David Yeow and Jack Ho in 1983. It was later officially registered with the Registrar of Societies in October 1984. It began its Sunday service with an average attendance of 25 people. Gradually, it grew to about 150 members in 1990 when Prince was appointed as the senior pastor of the church. 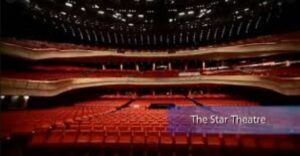 During the period between 1984 and 1999, the church used different worship venues such as a hall within the premises of the Young Women’s Christian Association of Singapore and the ballrooms in local hotels to accommodate its growing congregation.

In 1999, the church moved to the Rock Auditorium in Suntec City Mall. On 23 December 2012, its services were shifted to The Star PAC. 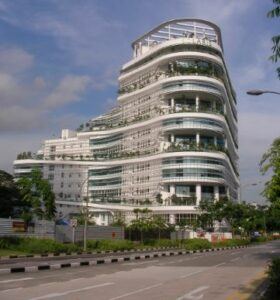 One-north is a sub-zone and business park located in Queenstown, Singapore. The park was developed by JTC Corporation for the R&D and high technology cluster, comprising biomedical sciences, infocomm technology (ICT) and media industries. Though the development was first conceptualized in the National Technology Plan 1991, it was only officially launched on 4 December 2001 by former Deputy Prime Minister Tony Tan Keng Yam with the basis of creating a “global talent hub” and a knowledge-based economy. 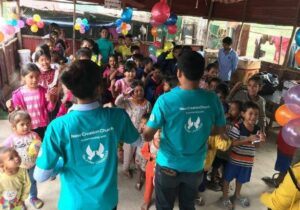 The church is involved in outreach work and missions throughout the Asian region, and sends its pastors, leaders and volunteers to several Asian countries annually.

Ten per cent of the church’s annual budget which was about US$4 million (as of Year 2007) was set aside for missionary work. Currently, the church is still committed to helping missionaries. In addition, the church also makes donations to local charities annually. Specifically, the church has given SGD581,500 to community groups and charities during the period between April 2007 and March 2008. 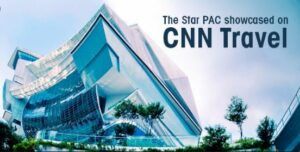 Officially opened on 1 November 2012, The Star PAC spans levels 3 to 11, known as the civic and cultural zone, of the building called The Star. It is owned and managed by Rock Productions, the business arm of the church. The Star PAC comprises a 5,000- 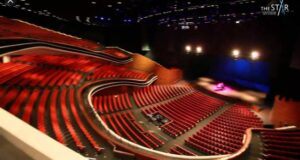 seat theater, a multi-purpose hall, an outdoor amphitheater, special function rooms and other facilities. The church rents The Star PAC for Sunday services.

The levels from Basement 4 to Level 2 of The Star, known as the retail and entertainment zone (including the car park lots), is called The Star Vista, and is owned by the church.

The Star, comprising The Star Vista and The Star PAC, was envisioned as a “futuristic complex with restaurants, shops and a 5,000-seat theater”, and costs an estimated 1 billion.