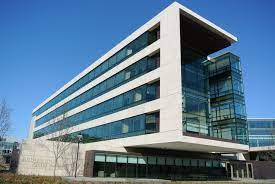 The Bill & Melinda Gates Foundation (BMGF), is a merging of the William H. Gates Foundation and the Gates Learning Foundation, founded by Bill Gates and Melinda French Gates, is an American private foundation. 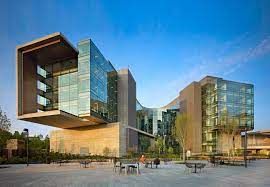 In addition, BMGF is a charitable organization that, while serving a good cause, might or might not qualify as a public charity by government standards.

Also, The Bill & Melinda Gates Foundation is the largest private foundation in the U.S. with over $38 billion in assets.

However, in aggregate, private foundations in the U.S. control over $628 billion in assets and made more than $44 billion in charitable contributions in 2007.

To begin with, based in Seattle, Washington, The Bill & Melinda Gates Foundation was launched in 2000 and is reported as of 2020 to be the second largest charitable foundation in the world, with monetary holdings of $49.8 billion in assets.

Once, Bill Gates gave the foundation $1 billion on his 43rd birthday.

Most important, the primary stated goals of the foundation are to enhance healthcare and reduce extreme poverty across the world, and to expand educational opportunities and access to information technology in the U.S.

The Bill & Melinda Gates Foundation had a legal structure for managing, a financial endowment.

In many cases indefinitely perpetuating, a pool of financial, real estate, or other investments for a specific purpose according to the will of its founders and donors.

Endowments are often structured so that the principal value is kept intact, while the investment income or a small part of the principal is available for use each year. 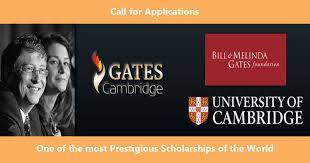 The Bill & Melinda Gates Foundation had an endowment of approximately $50 billion as of December 31, 2020.

The scale of the foundation and the way it seeks to apply business techniques to giving makes it one of the leaders in a type of impact investment called venture philanthropy, though the foundation itself notes that the philanthropic role has limitations.

In 2007, its founders were ranked as the second most generous philanthropists in the U.S., behind Warren Buffett.

As of 2018, Bill Gates and Melinda French Gates had donated around $36 billion to the foundation.

Since its founding, the foundation has endowed and supported a broad range of social, health, and education developments, including the establishment of the Gates Cambridge Scholarships at Cambridge University. 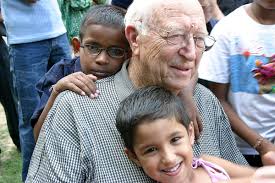 later, on June 15, 2006, Gates announced his plans to transition out of a day-to-day role with Microsoft, effective July 31, 2008, to allow him to devote more time to working with the foundation.

Formerly, the first CEO of the foundation, until she stepped down in 2008, was Patty Stonesifer.

Then, in 2005, Bill Gates and Melinda French Gates, along with the Irish rock musician Bono, were named by Time as Persons of the Year 2005 for their outstanding charitable work.

Also, in the case of the Gates, the work referenced was that of BMGF.

On 12 May 2008 it was announced that Jeff Raikes would replace Stonesifer as the CEO of the BMGF.

Transforming Education To Strengthen Health Systems In An Interdependent World.

In April 2010, Gates was invited to visit and speak at the Massachusetts Institute of Technology where he urged the students to take on the hard problems of the world.

He also explained the nature and philosophy of his philanthropic endeavours.

In 2010, the foundation’s founders started the Commission on Education of Health Professionals for the 21st Century, entitled “Transforming education to strengthen health systems in an interdependent world.”

A 2011 survey of grantees found that many believed the foundation did not make its goals and strategies clear and sometimes did not understand those of the grantees; that the foundation’s decision – and grantmaking procedures were too opaque; and that its communications could be more consistent and responsive.

The foundation’s response was to improve the clarity of its explanations, make “orientation calls” to grantees upon awarding grants, tell grantees who their foundation contact is, give timely feedback when they receive a grantee report, and establish a way for grantees to provide anonymous or attributed feedback to the foundation.

In October 2013, the BMGF announced that it would join the International Aid Transparency Initiative.

In December 2013 Susan Desmond-Hellmann, president of product development for Genentech before its acquisition by Roche Pharmaceuticals, was announced as BMGF’s next CEO.

In February 2014 Hillary Clinton launched a partnership between the foundation and the Clinton Foundation to gather and study data on the progress of women and girls around the world since the 1995 United Nations Fourth World Conference on Women in Beijing. 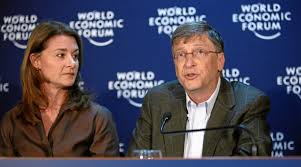 This is called “No Ceilings: The Full Participation Project”.

In October 2019, the BMGF partnered with the World Economic Forum to host the tabletop exercise called Event 201 in New York City.

In February 2020, BMGF CEO Desmond-Hellmann was replaced “for health and family reasons” by Mark Suzman.

As early as 2012, there were reports afoot that the BMGF was acting as a fund aggregator for wealthy donors: the name recognition associated with BMGF caused more money to be placed than an anonymous control.

This was particularly useful during the COVID-19 pandemic because the BMGF already knew which organizations were working in the field and able to receive funds.

When former President Trump threatened to defund the World Health Organization (WHO) in summer 2020 over concerns that it was too deferential to the Chinese Communist Party (CCP) regime because the BMGF constituted at that time the second-ranked contributor to the WHO.

Concerns were raised in the charity and academic sector that the BMGF might conceivably bias the WHO in the pursuit of its ideology.

In the most timely accounting period, the BMGF provided 45% of the WHO’s NGO funds, or in other words 12% of the total operating expenditure of the WHO.

It was revealed after the fact that the BMGF had contributed US$1.553 billion to the Global Alliance for Vaccines and Immunization (GAVI) over the five years 2016 to 2020.

The BMGF was the number two ranked contributor.

At the Global Vaccine Summit in June 2020, the BMGF pledged $1.6 billion (or just under 20% of the total) for the subsequent five years.